The Chemical Stockpile Emergency Preparedness Program (CSEPP) was created in 1985 when the US Congress passed a law directing the Army to dispose of its aging chemical weapons inventory with maximum protection of the public and environment as its primary consideration.

Since its inception, the primary goal of CSEPP has been to educate and enhance emergency preparedness in communities surrounding the chemical stockpile stored at the Bluegrass Army Depot.

There are 10 counties in Kentucky that are affected by the chemical stockpile. Madison County, where the Bluegrass Army Depot is located, and the northwest portion of Estill County are considered the Immediate Response Zones (IRZ).  Areas in Clark, Estill, Fayette, Garrard, Jackson, Powell and Rockcastle counties are included in the Protective Action Zone (PAZ).  Jessamine and Laurel Counties are considered Host counties, in which citizens of the IRZ or PAZ may be deployed.

Until the chemical stockpile is safely destroyed, CSEPP will continue to support efforts to ensure a community’s preparedness and safety in the unlikely event of a chemical agent accident. 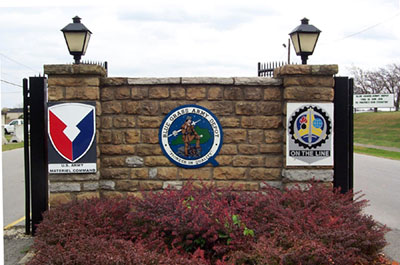 The Blue Grass Army Depot (BGAD) is located in the center of Madison County and covers approximately 15,000 acres, with 255 acres dedicated to CSEPP. BGAD contains 852 igloos, of which 45 are dedicated to chemical weapons. Igloos are made of concrete, are 80 feet long, 25 feet wide and 15 feet high, with 2 feet of earth covering them. The igloos contain munitions with chemical agents manufactured prior to 1968. There are 155mm projectiles, 115mm rockets (M-55) and three 1-ton containers. Since 1944, the Army has safely stored approximately 2% of the nation’s original chemical weapons stockpile at BGAD. The installation is also used for the storage of conventional explosive munitions. BGAD has 523.26 tons of chemical agent which consists of nerve (VX & GB) and blister (Mustard) agents. 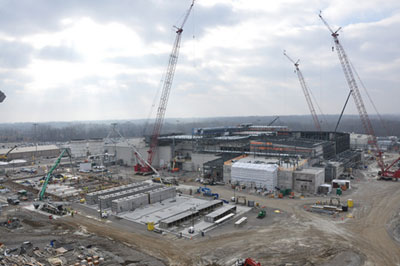 After Congress directed the Army to destroy its entire stockpile of chemical weapons, the Army’s original plan was to destroy the stockpile at the Blue Grass Army Depot by constructing an incineration facility. However, in response to public concerns regarding incineration, Congress mandated the Army and Department of Defense evaluate the effectiveness of alternative destruction technologies.

After a comprehensive evaluation process, the Department of Defense selected neutralization followed by supercritical water oxidation (SCWO) as the method of destruction. During the neutralization process, munitions are disassembled using modified reverse assembly. After the agent and energetics are separated, they are chemically decomposed and neutralized by caustic or water hydrolysis. The resulting chemical compounds are known as ‘hydrolysates.’ The agent hydrolysate and energetics hydrolysate are destroyed using SCWO units. The SCWO process subjects the hydrolysates to very high temperature and pressure, breaking them down into carbon dioxide, water and salts. Metal parts are thermally decontaminated in a heated discharge conveyor. Dunnage, or materials such as the wooden pallets upon which the weapons are stored, are destroyed in the SCWO process. Solid effluents are recycled or tested prior to disposal in permitted landfills. Gas effluents are recycled or filtered and monitored before release into the atmosphere.

Through collaborative efforts, BGAD and the Assembled Chemical Weapons Alternatives (ACWA) program have worked with the community in selecting the neutralization followed by the SCWO process as the technology to destroy the chemical weapons being stored. The Bechtel Parsons Blue Grass Team was awarded a contract to design, construct, test, operate and close the Blue Grass Chemical Agent-Destruction Pilot Plant.