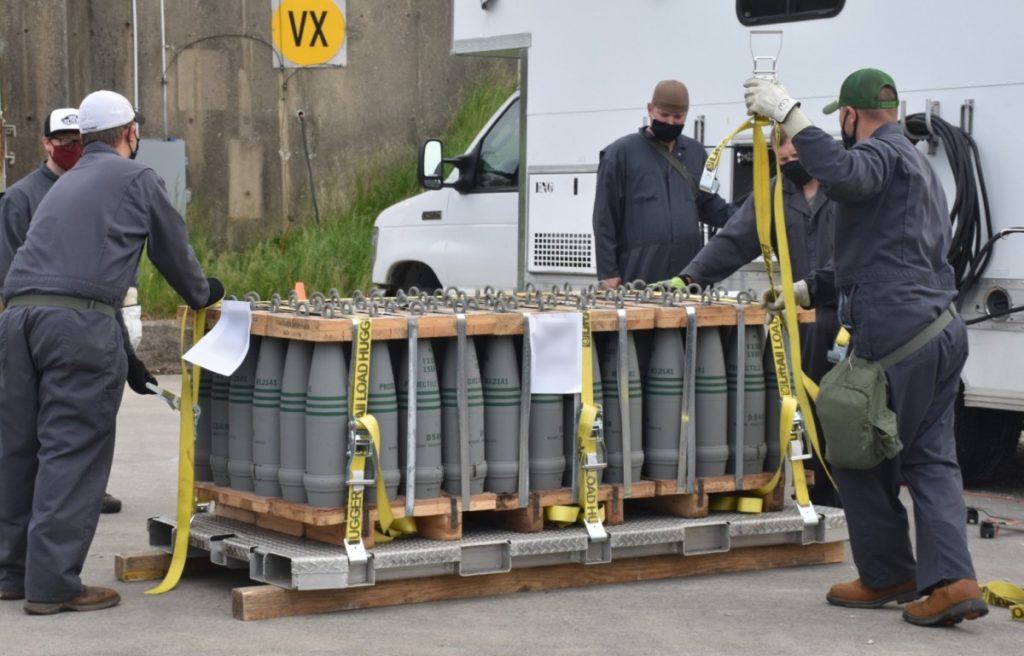 “Our chemical crews and support elements have really risen to this challenge,” said Lt. Col. Edward Williams, BGCA commander. “Not only did they accomplish this objective during a pandemic, but under the threat of severe weather and a February ice storm as well.”

Part of the U.S. Army Chemical Materials Activity, BGCA safely and securely stores the nation’s chemical weapons, one of two remaining stockpile locations, and supports delivery of them for destruction. This week marks a BGCA milestone when the last of nearly 13,000 VX nerve-agent-filled projectiles stored on Blue Grass Army Depot (BGAD) were delivered to the Blue Grass Chemical Agent-Destruction Pilot Plant.

“It really is a team effort, not just between the governmental agencies and contractors, but also within the BGCA,” said David Velazquez, director of chemical operations. “We’ve been moving munitions for nearly two years now. From the monitoring of the earth-covered magazines by monitoring systems operators, the accountability of the ammunition by inventory specialists, to the loading of the ammunition by the toxic material handlers, each component is an integral element to our organizational success.” 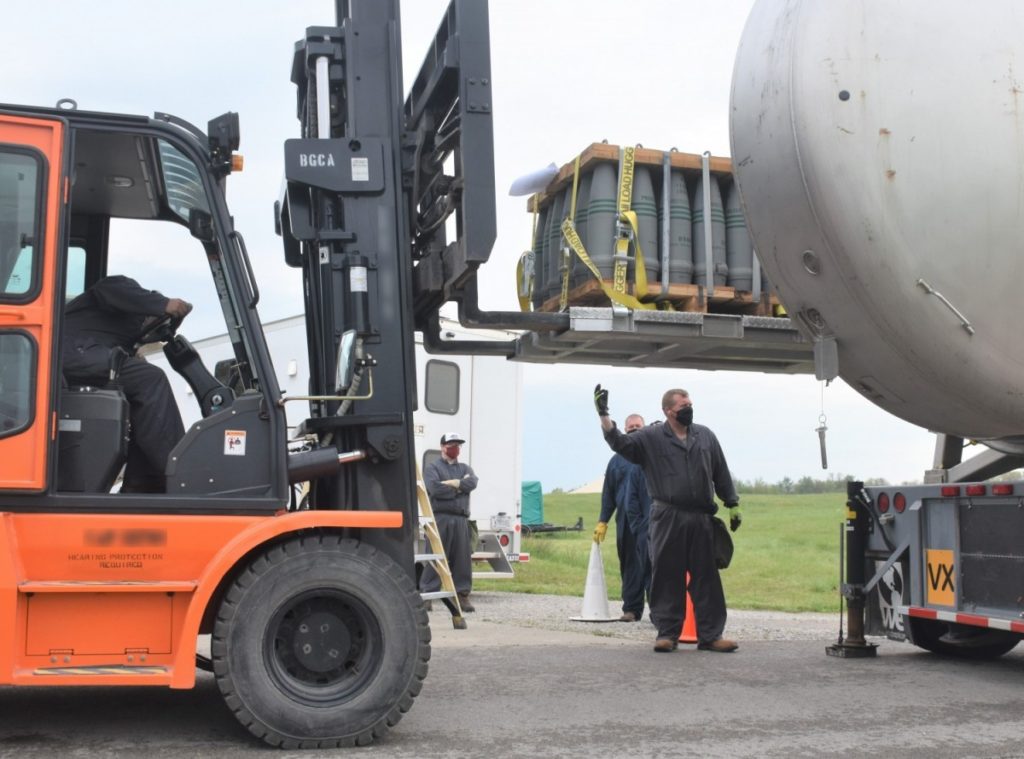 “Our main role is accountability,” she said. “We verify which munitions are being transported from the igloo and ensure the correct munitions are selected before the enhanced on-site container is loaded.”

Following munitions verification, inventory specialists ensure documentation is complete and correct before conducting a full inventory of the munitions remaining in the earth-covered magazine.

Munitions accountability is crucial for BGCA to maintain compliance with the Organisation for the Prohibition of Chemical Weapons which enforces the Chemical Weapons Convention (CWC). This international treaty bans the use and production of chemical weapons and directs disposal of remaining stockpiles. With the VX projectiles delivered for destruction, the U.S. is one step closer to meeting its treaty goal.